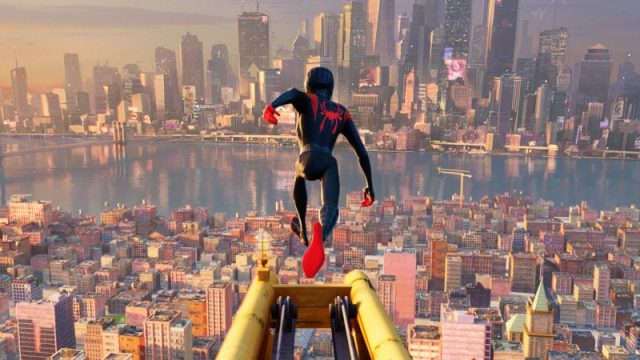 97 – Style by Foster the People

94 – I Don’t Care by Ed Sheeran and Justin Bieber

93 – ME! By Taylor Swift and Brendon Urie

92 – No Place by Backstreet Boys

91 – Can We Pretend by Pink featuring Cash Cash

89 – Slide Away by Miley Cyrus

87 – Lights Up by Harry Styles

86 – I Found You by Benny Blanco, Calvin Harris, and Miguel

84 – wish you were gay by Billie Eilish

79 – Now That I Found You by Carly Rae Jepsen

75 – Crave by Madonna and Swae Lee

72 – Somebody to Love by OneRepublic

70 – Heartless by the Weeknd

68 – I Can’t Get Enough by Benny Blanco, J Balvin, Selena Gomez and Tainy

66 – Lose You to Love Me by Selena Gomez

63 – bury a friend by Billie Eilish

59 – Gone by Charli XCX featuring Christine and the Queens

56 – You Need to Calm Down by Taylor Swift

55 – Trampoline by Shaed and ZAYN

54 – Medellin by Madonna and Maluma

50 – Never Really Over by Katy Perry

48 – Blinding Lights by the Weeknd

40 – break up with your girlfriend, i’m bored by Ariana Grande

39 – Piece of Your Heart by Meduza featuring Goodboys

37 – Only Human by Jonas Brothers

35 – Drugs and the Internet by Lauv

34 – This Life by Vampire Weekend

32 – Hold Me While You Wait by Lewis Capaldi

30 – Rescue Me by OneRepublic

26 – I’m Not Alright by Loud Luxury and Bryce Vine

16 – Thinkin Bout You by Ciara

13 – Someone You Loved by Lewis Capaldi

It’s easy to point the finger on your friends or their partners when they go whacko in a relationship. But I find it difficult to be the best version of myself when I’m in one. I get possessive, controlling and delusional. So while I work on my own issues, I urge my future lover to walk, and not run away. “Sweet but Psycho” can be dark and scary. But it’s also as catchy and successful as a breakthrough dance hit can get.

I know the song is about romance. But life can get tiring and all you want to do is head home. That’s what the song means to me. I’m getting old and disillusioned. But the repetitive words in the chorus is everything I feel during long workdays. When I saw Lauv perform this track live, I felt stress leaving my body and the moment was cathartic (I almost cried).

I don’t mean to undermine the artistry and success of Fifth Harmony. But “Motivation” trumps any single the girl group has released. Co-written by Ariana Grande, the song showcases the vocal control that Normani possesses. She also demonstrates her superior dance skills in the music video. And the tune is classic and classy R&B that sounds like a Beyonce track from 4. For the record, that’s one of the best albums from Queen Bey.

“Truth Hurts” has many elements going for it – the addictive piano loop, Lizzo’s spunk, and memorable lines that will be immortalized as memes. Considering all those factors, the song should’ve broken out much earlier than it did. Now, Lizzo has given us an anthem to brush off people who don’t give us our worth and hold us back. And she gives us reassurance that being yourself pays off.

6 – Dancing with a Stranger by Sam Smith and Normani

5 years ago, Sam Smith was the male counterpart of Adele. But the 2019 version is one I can relate to. Sam Smith got in touch with their sexuality and identity in a way a gay man is supposed to. Not that their gender matters. The collaboration with Normani proves their sentiments are universal and music can be appreciated for its own merits. I look forward to “Dancing with a Stranger” every time I go to a club. Isn’t this the agenda?

The last time Dua Lipa made me believe in the philosophies of “New Rules”, she got back together with her then ex-boyfriend. Now that her relationships with Paul Klein and Isaac Carew have ended, she has us grooving to another breakup disco track. “So moved on, it’s scary” is the line I wish I uttered and one that will have your social circles shaken.  Let’s see if she can stand by her words this time. Not that I’m judging.

I know Post Malone is the modern-day Nickelback. People think he’s a sellout for starting his career in hip-hop, enjoying a rapper’s lifestyle, now doing an acoustic sound, and going with a tone that can rival One Direction’s ballads. But there’s genius to be found in his art form. He slows down in “Circles”. And while I can keep up with his fast-paced tempo, the shift is welcome to sustain interest and showcase his vulnerable side.

It’s about time the public sees images of men and women they can relate to. Once people are desensitized, everyone begins acknowledging that talent cuts across. There’s money and value in diversity. But most importantly, being comfortable in your own skin is for everyone and not just for the airbrushed, flawless and gym fit models. And that is a fact you can confidently assert. If you need proof, check Lizzo and listen to “Juice”.

The mix of mystery, subtlety, and domination makes “bad guy” seductive to the ears. The hook works in a fitness center, at a club, and while in the shower. The awkward transition at the song’s end reminds me of Jennifer Lopez’s early work. Melodies changed out of nowhere and she’d break into a dance. Except Billie used the opportunity to deliver a final blow. She came out stronger and reasserted her hold and power.

First, Swae Lee’s soulful voice and pitch-perfect tone are gifts to humanity I can listen to forever. Second, Post Malone’s willingness to transcend genres and experiment with different styles of music breeds innovation. Given both, the outcome is proof there’s still discovery and artistry to be created. Most works of art today are too long for the attention span of the average human. But two and a half minutes of “Sunflower” is certainly too short for something as original and beautiful as this composition.