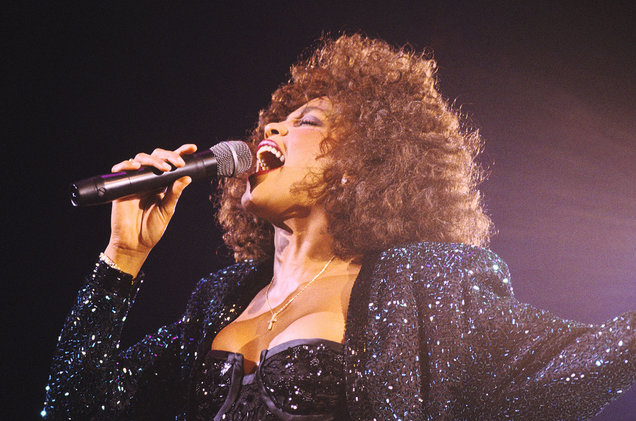 I completely forgot how Freya Ridings landed on my playlist. But I am grateful for the chance encounter. The song eventually grew on me and has now become one of 2019’s highlights. The strength in her voice mirrors that of Florence Welch. She has the passion to turn life’s darkest moments into motivation to turn things around. The mindset resonates with my newfound view.

“God Control” is easily Madonna’s best single since 2005. The song marks her return to form. It demonstrates what the Queen of Pop is most known for – reinvention. The track is a disco hit and it sounds original and inspired. Although it’s one of the most pressing issues of the last decade, few artists dare to speak out against gun violence. She tackled it head-on and created a visual masterpiece with the music video.

I’ve always respected buskers who sing their asses off to get people’s attention and make a living. To dedicate your life to an uncertain and unstable job, it takes dedication, commitment, and sometimes, a loss of your own humanity. “Dance Monkey” represents their struggle to entertain and sustain their audience’s interest. The next time I see a struggling artist on the street, I’ll remember my privilege. I won’t turn a blind eye.

“Beautiful People” salvaged the collaboration album of Ed Sheeran. His experiment with most artists didn’t pay off. But the one with Khalid brought out the best in both of them. The themes in this song are similar to “I Don’t Care”. But the harmonies are smoother and the fight seems more genuine. As someone who finds it difficult to fit in and to be in touch with his identity, I found the track to be cathartic and uplifting.

16 – Thinkin Bout You by Ciara

The music industry is relatively unforgiving. Evidence of this statement is how little traction “Thinkin Bout You” received. I haven’t heard much from Ciara since 2000s. Maybe the last one was her Twitter exchange with Rihanna. She undoubtedly lost. But this song has to be the best she has made in her career. I cannot imagine anyone listening to the 80s R&B disco vibe she gives off and not feel bubbly and excited.

After “Senorita” exploded and took the world by storm, Shawn Mendes and Camila Cabello decided to break the Internet. They came out publicly and smooched disgustingly on Instagram. Even today, the entire narrative makes me cringe. But setting that aside, the two made the most sizzling and steamiest duet of 2019. Props to Camila for adding my favorite line – “You say we’re just friends. But friends don’t know the way you taste”

If I saw the world through the lens of Matty Healy, I’d probably break down and go berserk. “People” details out how rotten our generation is. Kudos to him for calling us out and making art in the process. The band went full rock and dispelled any notion that they cannot venture into this genre. If anything, the song proved they can tap into the full range of sound that’s available to humanity. I can’t wait to hear their jazz record.

13 – Someone You Loved by Lewis Capaldi

In 2019, Adele was absent from the music scene. To fill the void, people had their hands full with Lewis Capaldi. The similarities are undeniable. They both have soulful, powerhouse voices that convey despair and anguish. They work with minimal production to get their music across. And they make anthems from heartbreaks. People like me use this song as an anchor to stay steady amidst life’s rollercoaster of emotions.

The world would be much better with Whitney Houston in it. But her tragic passing has allowed the general public to rediscover and appreciate her music. Even today, clubs cannot resist a throwback. To gain favor with the crowd, they often play “I Wanna Dance with Somebody”. Kygo made a smart move and played on this nostalgia. He repurposed a 90s cover by Whitney Houston and turned it into a modern-day hit.

Brandon Urie is now a collaborator of Taylor Swift. Panic! at the Disco now creates motivational music to lift your spirits. 2019 has been weird. The year shows us how much change can occur in a decade. The upbeat and celebratory tone of “Hey Look Ma, I Made It” is infectious. It is my official shower song of the year. The track can get me out of bed. It can accompany me while I undertake any chore.