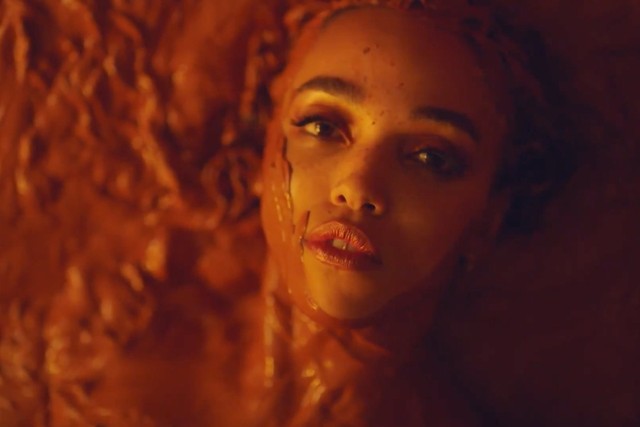 40 – break up with your girlfriend, i’m bored by Ariana Grande

Since the same period last year, Ariana Grande shot up the pop stratosphere. She’s dominated radio and streaming services with thank u, next. While I’ve always found her music sexy and sultry, what has changed is how direct she’s been with her thoughts and desires. I don’t think you can get any more straight to the point than the title of this song. Though her melody and vocals are understated, her words are the complete opposite.

39 – Piece of Your Heart by Meduza featuring Goodboys

One of my favorite moments when partying is someone stopping the commotion on the dance floor, getting everyone’s attention, blurting out random words encouraging them to continue going crazy, and suddenly people break into a state of frenzy again. “What? Sorry, just quickly” is my favorite part of the song and is the trigger point for the situation I just discussed. The track is purely fun and sometimes life is just that.

Lizzo’s energy is infectious and needed in today’s toxic and insecure environment. The single has been out since 2016. But the majority of us have been sleeping on the track until she broke out this year. Unlike most artists whose back catalog rarely sees the light of day, hers is being unearthed and that should serve as inspiration for others. Sidenote: I thought the Ariana remix was unnecessary and served no purpose to further Lizzo’s art.

37 – Only Human by Jonas Brothers

I love “Sucker”. But I dig “Only Human” more. For me, it is the best and most underappreciated track to come from the Jonas Brothers’ reunion. The lyrics will not blow your mind away. But what makes the song stand out is the layering of their vocals to a reggae beat and horn and keyboard instrumentation. The sound I hear is distinctly upbeat and constantly playful that I find nowhere on today’s pop landscape.

Unlike the rest of the globe that went gaga over “Old Town Road” upon its release, I never saw its appeal until a few months after. The song was playing in my favorite club in Singapore. I started singing along and dancing to the track. I guess I can fall in love with music if I hear it often enough and the people around me see the value in it. I guess that gradual appreciation for anything is true for other aspects of life.

35 – Drugs and the Internet by Lauv

I don’t do drugs. But I consume a lot of internets. And it was in the last few months of my life that I decided to detoxify and move away from social media. I check it once a day, especially for messages and birthdays. Otherwise, I try to live a life free from its shackles. And Lauv’s words could not get anymore. I have more time for friends and interests I’ve been putting off for a long time, such as traveling and reading.

34 – This Life by Vampire Weekend

“This Life” is the most introspective song of 2019. As the year happened, a lot of notions I had about life and myself were challenged. The journey was humbling. And the lyrics come with one realization after another. Yet, what I appreciated from the track is the upbeat and hopeful mood it comes with. The song moves away from the blame game and refocuses our energy to inward questioning. I could not find a better song to reflect with.

Donna Summer’s version of “I Feel Love” was perfect and served as an anthem for decades in disco clubs. But when heard I Sam Smith’s rendition, I could not help but feel more affiliation. Finally, there’s an artist who represented my struggles. The falsettos that Sam Smith delivered are to die for. He sang for all who did it in the shower but could not reach the high notes. The beat is the remix gay bars would create on their own.

32 – Hold Me While You Wait by Lewis Capaldi

I thought Lewis Capaldi was a one-hit-wonder. I’ve been proven wrong. Maybe he’ll last for one album. In the meantime, he creates beautifully depressing magic in “Hold Me While You Wait”. There’s nothing worse than the compromises you make under intense desperation and the desire to hold onto a relationship that’s clearly becoming unreciprocated. I wouldn’t wish this even on my worst enemy.

If “Chandelier” had an equivalent in 2019, it would be “Cellophane”. Words can depict the vulnerable position an artist is in. But when I hear cracks in her voice, I just get the chills. The general public, specifically fans of Robert Pattinson, had a lot to say about FKA Twigs’ relationship with the actor. Sadly, a lot of the sentiment took a toll on her. But I’m proud she’s made amazing music from the experience.