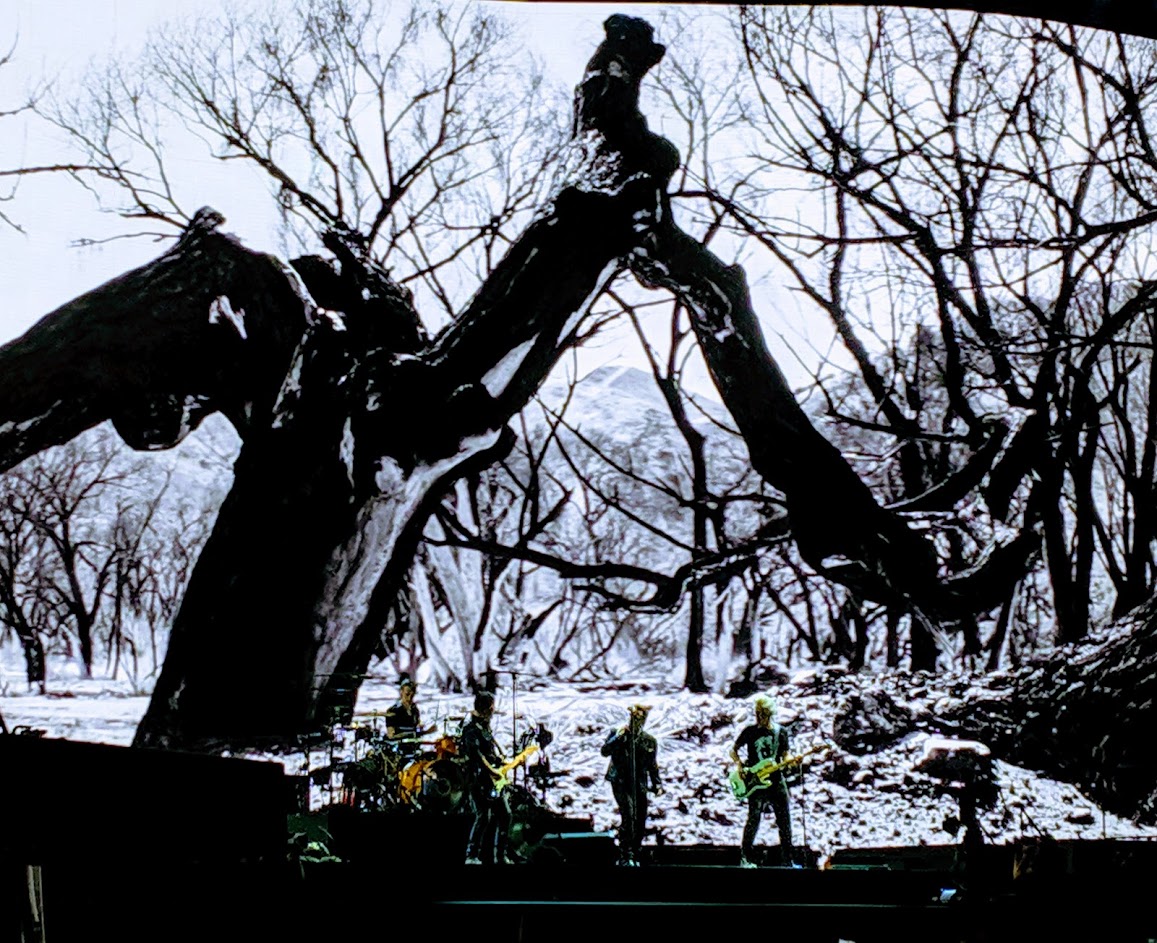 Seeing U2 perform live should be on any music fan’s bucket list. After all, the group is one of the greatest rock bands to have walked this planet – commercially and critically. They are known for filling and energizing arenas and stadiums. Top notch entertainment is a guarantee.

I am proud I’ve finally crossed out the band from acts I have to see before I die. Don’t get me wrong. I would not mind watching them again. For those contemplating whether they are worth the money and the time, with my hand in my heart, I vouch for their worth. And so would the 50,000 people present in the stadium. 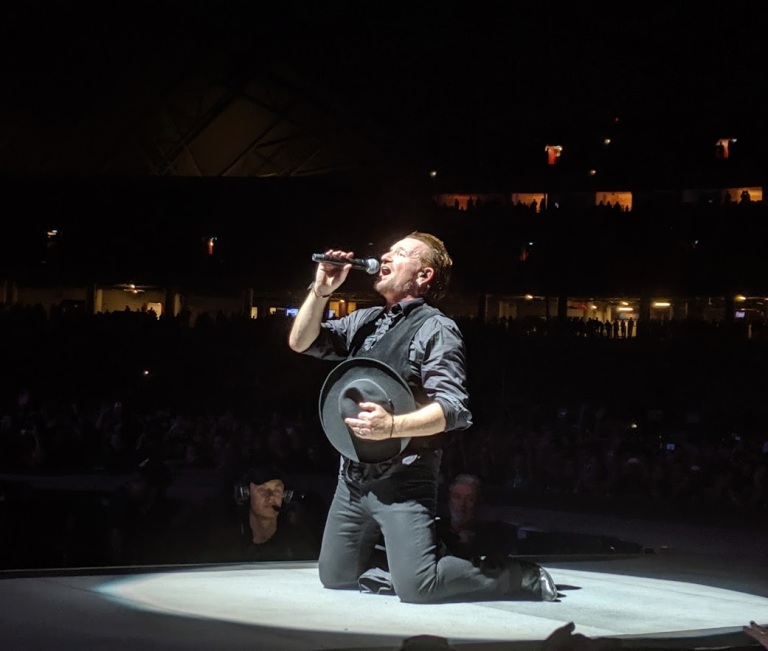 Attending their concert feels like attending church service. Not that I’ve been in one in recent history. The difference in this instance – God takes the back seat while the human experience is at the front and center. Bono advocates for women, LGBT, equality, cure to HIV and just about anything that alleviates everyday suffering. His words in both his songs and his intermissions are captivating and infectious.

The concert fell on the same date as World Aids Day. I remember getting teary eyed when he played a snippet of “Heroes” and dedicated it to the men and women embarking on their difficult journey. I also got sentimental when I saw a man fighting for the oppressed opposite sex during “Ultraviolet (Light My Way)”.

People can say what Bono’s experiencing is privilege and is simply putting his privilege in check. But there’s a selflessness, or an aversion to greed, that I cannot help but admire. That trait is unique in today’s context.

The art and the artist 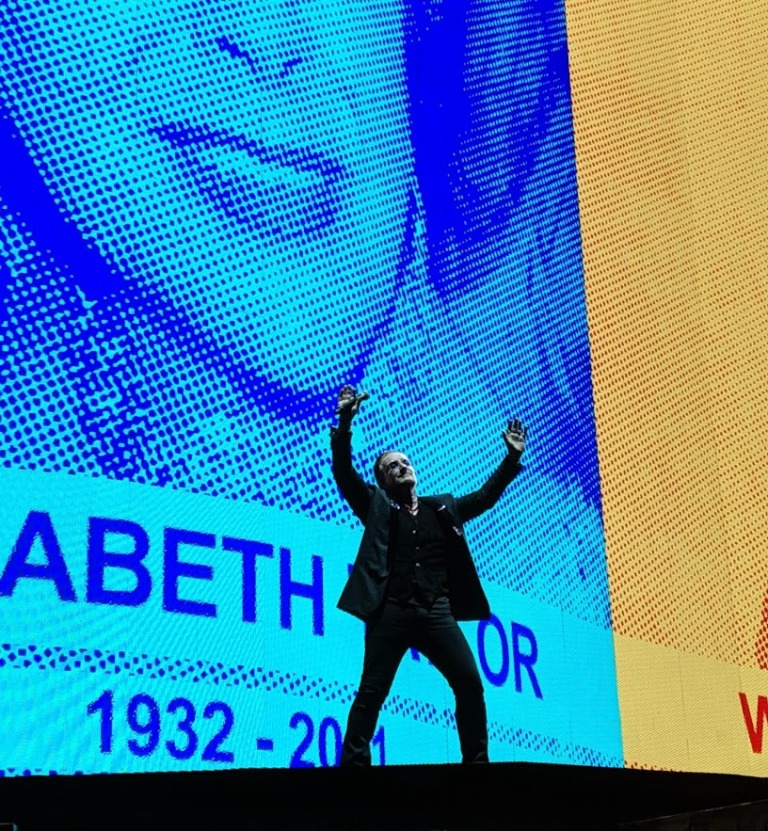 When a famous musician gets involved in a criminal case, even ones as grave as molestation, domestic violence and abuse of power, people are split between separating a person’s art from his work. Personally, I refuse to draw a line. If necessary, discredit both the artist and the output.

The same is true for people who use their platform for beliefs and causes that benefit the underprivileged and underrepresented. On the catalog’s own merits, the sound they have created and the words they utter are uplifting and creative. But the values and beliefs they embody serve to amplify the impact they create. 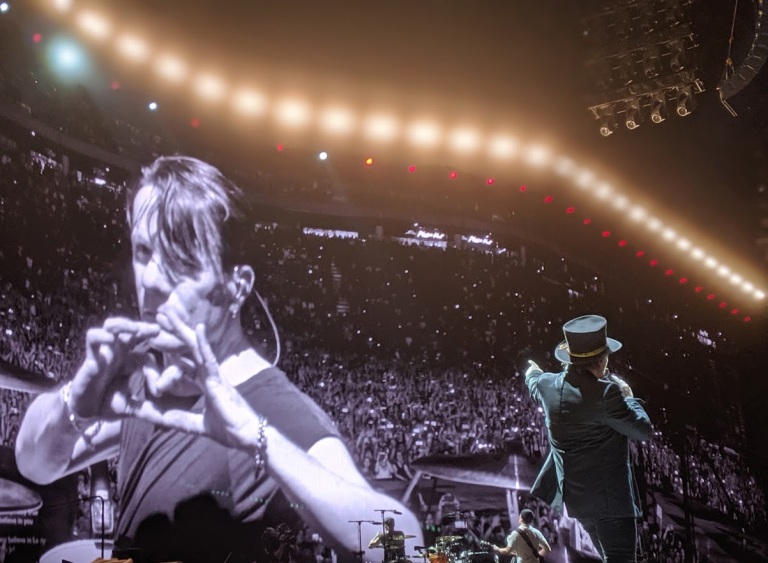 I wasn’t alive in the 80s. Nor did I have the resources to enjoy my favorite artists in action until a few years back. The unique experience of having legends perform an entire album from 30 years back is unheard of.

It takes humility to accept that their latest records may not be what the crowd is looking for. As a fan, I feel appreciated that they chose this path even when they didn’t have to. Considering their equity, people would’ve showed up anyways. But they are a better band for this decision.

The last set was the best. The magnetic appeal they possess was highlighted with modern rock classics like “Elevation” and “Vertigo”. The crowd, myself included, went mad and pretended like we were rockers for a moment. Inserting “Beautiful Day” to caption what the audience experienced and what aspiration the band has for mankind felt uplifting. New tunes made the cut and were necessary to showcase the phase of their lives they’re now in (not that much has changed). And ending with “One”, a powerful message of love being the higher law, makes perfect sense.

I can rave for another ten paragraphs. But if I were to summarize why they continue to own the stage – it’s about the foursome making their audience the primary focus of their show – “you too”. The pun is so lame. But that doesn’t make it wrong.

One thought on “Concert Review: The Joshua Tree Tour by U2”