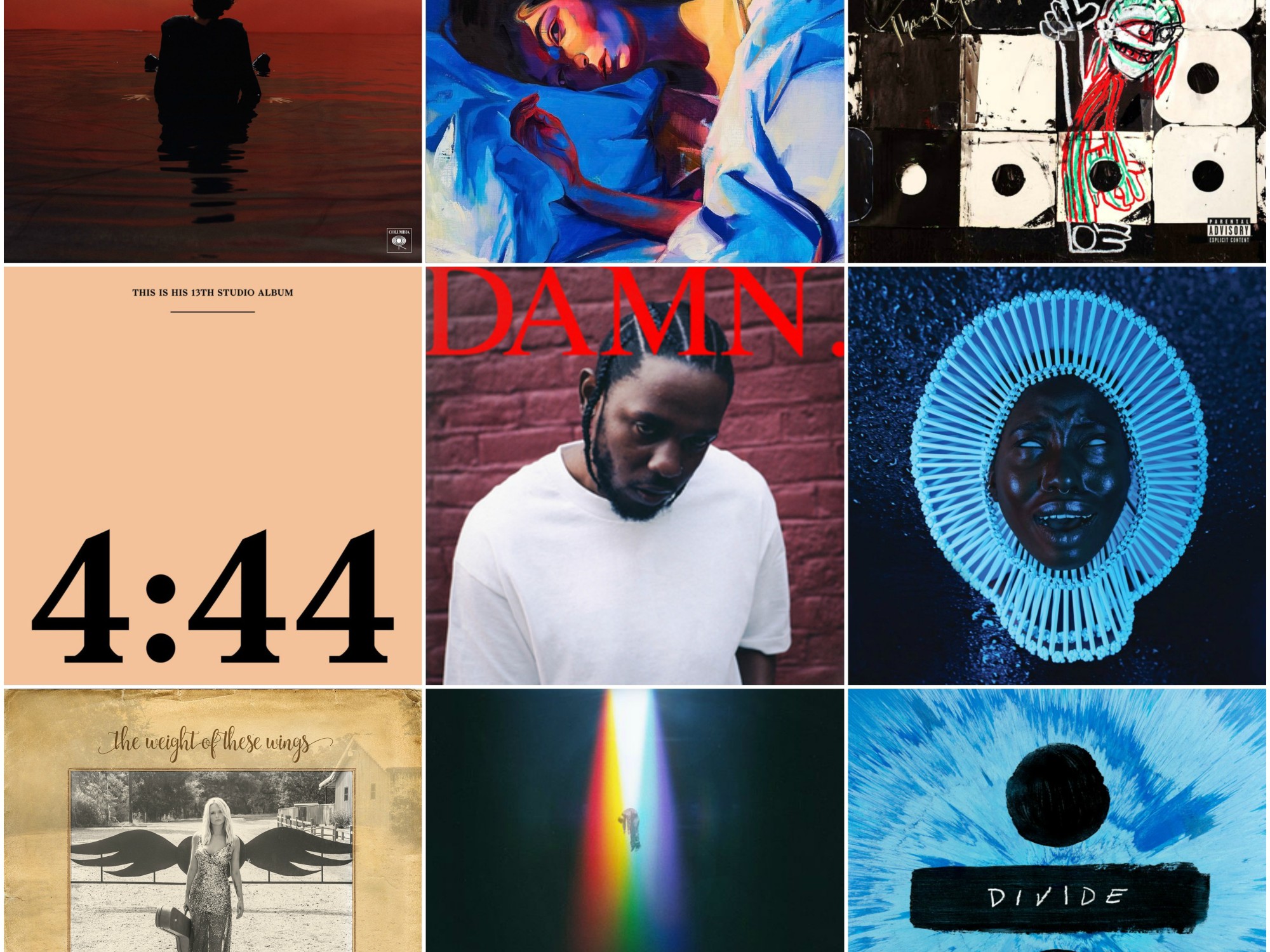 Ed Sheeran’s most commercially successful record failed to notch him any nomination in the general field and that’s okay. I’ve made the mistake of including him in my predictions because I thought the Academy couldn’t ignore his massive sales. But this is a welcome surprise. Don’t get me wrong. It was an enjoyable record. But half of his third album sounded like leftover from x (Multiply), some of it were clear attempts at replicating the success of “Thinking Out Loud”. The remaining ones suffered from an identity crisis that the album with no cohesive sound was responsible for.

I smiled a dirty bit when Childish Gambino’s Redbone was nominated for Record of the Year. This choice was a no-brainer years back. But the way awards have been handed out in recent years gave me low confidence this will happen. I’ll be honest. I haven’t heard the entire album. But if the experimentation from the nominated single flows through to the rest of the tracks, then the album surely deserves its nods.

The Best Dance Recording category seems to have filtered out all DJs collaborating with mainstream artists (or the reverse). At least, that’s what I see considering I barely know half of them. The trend of engaging in collaborations has been getting old. The way record labels and pop stars spread out their submissions to increase their chances of victory is finally backfiring to the benefit of actual dance artists in the field.

The lack of nomination for “Believer” challenges my belief in the Recording Academy. Yes, Imagine Dragons got some love in the pop genre. But let’s all admit that wasn’t enough and a rock nomination for the lead single was warranted. It was inescapable and ahead of its time.

There have been huge injustices in the history of the Grammy Awards. And they’ve been mostly in the direction of specific genres. To ignore Kendrick Lamar would be a travesty. But seriously, Jay-Z’s domination in the nominations in no way rectifies it. The past can’t be changed. But this present, if it is Jay Z’s 4:44, is clearly a step in the wrong direction.

Many people are speculating that a deliberate attempt at inclusiveness and diversity was made. But there were so many routes they could’ve taken that would achieve this end objective. Think A Tribe Called Quest or Miranda Lambert.

How can Lorde contend in Album of the Year but not in the pop genre’s equivalent? It’s not the first time this has happened. Sara Bareilles experienced the same a few years back. But the striking difference in quality between the two just makes this omission unforgivable. Even Coldplay’s EP with remixes could make the cut but Lorde couldn’t.  Maybe she’s genre-less? Where’s the sense in that?

As 2017 ended, most critics agree that Harry Styles created one of the best musical offerings this year. But the Recording Academy couldn’t bear with the thought of associating themselves with one of the former members of One Direction. It makes me wonder why Justin Timberlake had an easy time breaking out and his peers took him seriously. I’ve had this theory it was about age. But I googled and Justin was around the same age when he came out with Justified and that was well received. Maybe it was Harry’s transition to rock that was rocky? I don’t know. Maybe next time, Harry!

People making conclusions about Taylor Swift without clearly understanding how the eligibility period works. Reputation couldn’t score a nomination because it was released after the September 30 cutoff period. Not that she would’ve done as well. Not that she needs to considering she’s had two Album of the Year wins, and ten overall. And for the record, she scored two nods for songwriting – one in country for “Better Man”, as sung by Little Big Town, and another one for a song written for visual media for “I Don’t Want to Live Forever”, a collaboration between her and ZAYN.