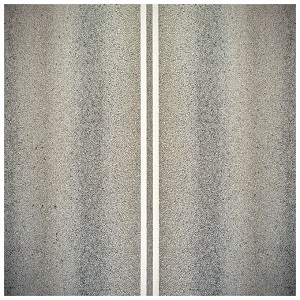 Once I heard Body Like a Back Road in Jollibee, there was no doubt in my mind that the track has crossed over. I was lining up, ready to order Jolly Spaghetti, when it played in the background. If you’ve ever given it a listen, it’s lightweight and undemanding. The radiating positivity is the perfect companion for the delicious, sweet and comforting Filipino dish that awaits. (PS This post is neither paid for by the fast food chain nor his record label)

Now, it’s not often that country music resonates outside of USA. He does not write music with any association in mind. But his compositions and melodies are still heavily influenced by country. He has not pushed the boundaries the same way Taylor Swift has. Neither has he tugged on enough heartstrings to merit a Need You Now. Most of all, he has not employed a rapper to be featured ala Florida Georgia Line with Nelly on Cruise. Just the same, Sam Hunt has shattered the record set by that collaboration on the longest occupation of the pole position in the country charts. (Of course, you’d mention that commercial success in no way indicates quality. Unfortunately, the latter has no concrete measure and does not diminish achievements)

You might be asking, “Who is Sam Hunt and why has he managed to break out?”. Besides the fact that he is a country singer, he was once in the running to have a professional career in football. But that is what he does, not who he is. To us, he is the guy who continues to win his partner over with an uptempo beat, dreamy and arguably cheesy lyrics, and endless flattery. In the process, he has managed to gain a following, no matter how temporary, outside of his fiance and his hometown. Count me in the hunt for this artist!