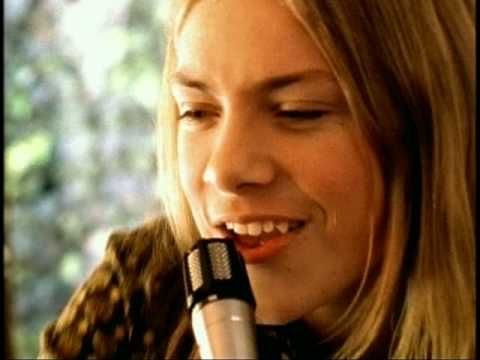 A friend of mine was having a tough day at work. She asked me to cheer her by creating a playlist to boost her mood. No doubt in my mind that the 90s would be my inspiration. This is the decade when MTV was alive and kicking, cassette tapes were treasures, and EDM played less of a role.  Here are 15 tracks designed to turn your day around.

The Pitch Perfect rendition is no match for the original! Being enlightened doesn’t feel as monumental without a soundtrack to accompany you on the journey.  “The Sign” is the anthem.

That’s the Way It Is by Celine Dion

“That’s the Way It is” is an uptempo track from one of the biggest balladeers. I distinctly remember watching this on MTV before the new millennium. The song aptly played in the background, setting us up for the coming change that was out of our control!

For some reason, night clubs play “Tubthumping” at around 3AM. At that hour, people are drunk enough. Playing the classics suddenly makes sense alongside all the EDM and hip-hop music DJs had blasting earlier that night.

You Gotta Be by Des’ree

I could’ve chosen “Life.” But I chose “You Gotta Be,” a theme song for empowerment and affirmation. The beat is uplifting. She sounds like your mother, and that is strangely comforting.

I Love You Always Forever by Donna Lewis

How sweet and innocent 90s love used to be! Donna Lewis serenades us with her delicate voice. She traps us into believing love is all butterflies in your stomach and none of the shit people go through in real life.

Who would have thought a phrase as senseless as “MMMBop” can make you feel good? The Hanson brothers came back a few years later with “Penny and Me.” They gave us an adult version of the boppers we used to love. Who wants that?

Only Wanna Be with You by Hootie and the Blowfish

“I’m such a baby cause the dolphins make me cry” is the best 90s line ever! Hootie and the Blowfish created the laidback hangout song that friends listen to. Even Joey, Rachel, Phoebe, Ross, Monica, and Chandler agree that their music was something they can agree on.

The vibrant, uplifting, and infectious energy of “Wonder” takes over my senses immediately. The mind wanders and the song takes me to a place far from the reality we live in.

You Get What You Give by New Radicals

I had high hopes for the New Radicals. They broke our hearts by splitting up too soon and going behind the scenes to do songwriting. I love “Lost Stars”. But in my heart, three great singles were insufficient.

How Bizzare by OMC

Many people consider OMC a one-hit-wonder. That might be true. But this one hit does wonders to an otherwise bland and unpleasant day.

I’ll Be There for You by The Rembrandts

I still watch Friends when I’m bored, or when I have no clue what to do. But the show’s theme song is as integral to the experience as the rest of all episodes. Skipping it on Netflix is a crime!

All Star by Smash Mouth

The 2000s had Pitbull and Flo Rida. But the 90s had Smash Mouth and the Barenaked Ladies. However, the latter two relied on simple beats, and weren’t in bed with EDM. Nor did they make sex integral to sell their music.

The Beautiful Ones by Suede

Nowadays, I don’t hear a stark difference between European and American music. There was a time the sound was distinct. One clearly belonging to the former was Suede’s. The contrast is too obvious to ignore. But both sides are capable of generating a smile on your face.

Every Morning by Sugar Ray

Am I the only one who used to have a crush on Mark McGrath? He was the cool, down-to-earth, and relaxed guy. He was in a band. He was easy on the ears (and eyes), and takes your guard down.

Say What You Want by Texas

“Say What You Want” is for the relentless and resilient. If James Blunt or John Mayer sang the song, I would find the version depressing and hopeless. But since Texas delivered it with a heavenly voice, I cannot think of a way that this won’t cheer you up.