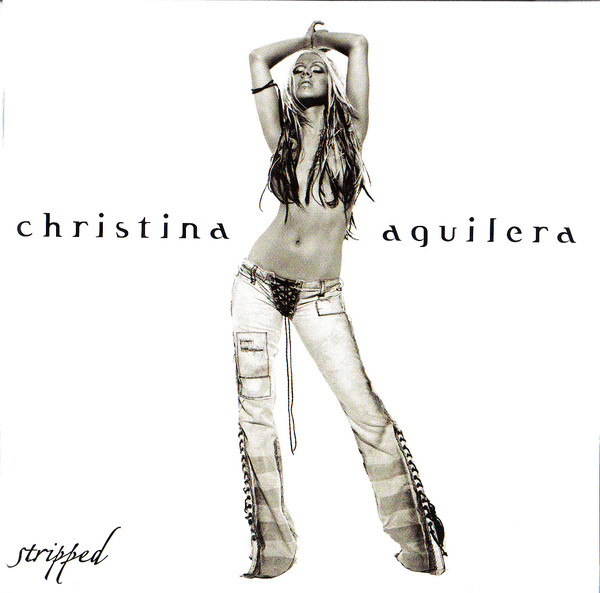 Nearly two decades after Stripped‘s release, the album remains Christina Aguilera’s defining piece of work. With the first single “Dirrty”, she broke out of the Mickey Mouse mold and set on a journey defined by no one but herself. Why was the album loved by her fans and adored by critics? I gave it a re-listen. I have to admit. Hindsight and perspective tell me she deserved even more credit than what she has been given.

She was bold, daring and in touch with her sexuality. Her vision wasn’t driven by a need to satisfy an industry’s endless craving for women gradually shedding their skin. Rather, the direction was ingrained in her desire to be authentic. Her exploration ranges from foreplay in “Infatuation” (which I commend for being ahead of the curve in infusing Latin influences in pop), to pure sexual experience in “Get Mine, Get Yours”. All these songs were in the context of reflecting the life stage she was in, something a 12-year old boy then couldn’t comprehend.

“Beautiful” is one of the most uplifting and inspirational tracks ever written. Christina Aguilera embraces and celebrates her differences and place in the world and encourages her listeners to do the same. The theme seeps through lots of tracks – some superior in quality like “Soar”, and others that weren’t bad, such as “Keep on Singin’ My Song”. Artists can be self-indulgent in the records they make. But she made her platform one of inclusiveness and motivation.

All the childhood trauma and pain she experienced is acknowledged and transformed into cathartic energy – a battle cry that is now one of her most recognized hits, “Fighter”. While her writing ability in “I’m Ok” is divisive, there’s no doubt her guard is down and her pretenses are gone. She details in explicit manner the abuse she and her mother had to go through. While that’s art to everyone else, it’s a piece of herself she’s sharing with the world.

Just like the women that paved the way and inspired her, she sings about the same inequities she faces. “Can’t Hold Us Down” might not have broken chart records when it was released. But the words have stood the test of time and is more relevant than ever. “The Voice Within” was always an anthem – back then and now.

“Impossible” thematically stands out as a piece of a puzzle I can’t seem to fit in the grander scheme of Christina Aguilera’s masterpiece. But the lyrics and arrangement from Alicia Keys are top-notch. It would’ve made sense anywhere else. But I am not its biggest fan in the album’s context, similar to the aptly named “Underappreciated”.

It goes without saying – her voice is breathtaking. She manages to pull off the most difficult notes. Conveying a plethora of emotions through her talent is a skill she possesses. She creates a nightmare for any artist attempting to cover her in the future. Nowadays, this trick makes it hard for even for herself to perform her signature songs.

Stripped is raw and genuine. It’s unapologetic and unyielding. And it’s beautiful no matter what they say, in every single way.