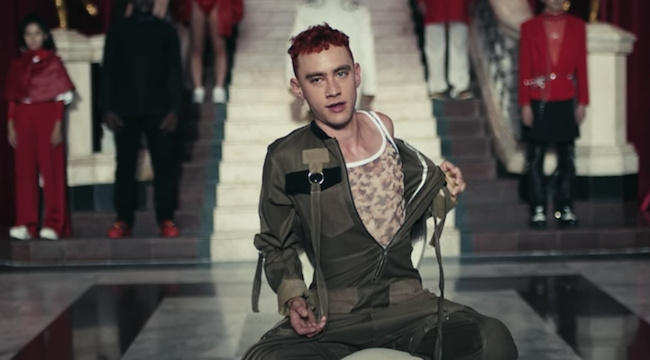 For the amount of impactful music that DJs make, it’s a shame I don’t remember them as often as I should. To recap, Jonas Blue was behind “Perfect Strangers”, “Mama” and “Fast Cars” – hits that I enjoyed dancing and singing along to. Arlissa provides the vocals in a track singing about a truth I know about. The mind can rationalise whatever thought I want it to. But the heart cannot lie and it’s telling me this is music I enjoy and love.

29 – Never be the Same by Camila Cabello

“Never be the Same” is a track I enjoy more because of the memory I associate with it than the actual single itself. This song is frequently performed in a gay bar I visit and I have good memories about the place. When I reviewed her album, I didn’t find anything special about it. I even thought Camila Cabello’s catalog would end with “Havana”. But “Never be the Same” exploded and now is a beautiful mistake I wrote off too early.

28 – Apeshit by the Carters

I always wonder if Beyonce is able to take the artistic freedom she exercises today because of her elevated status in the industry or is her status elevated because of the artistic freedom she exercises? In any case, I respect the risks she takes and the vision she possesses. I admit the tune can be catchier. But no one has ever described a tune more aptly as the couple has in “Apeshit”.

27 – The Middle by Zedd featuring Grey and Maren Morris

Zedd has come a long way from “Clarity”, “Stay the Night”, “Find You”, “I Want You to Know” and “Stay”. Yes! You are reading it right! Zedd has been the creative force behind the top dance hits of the last six years. But most importantly, Maren Morris is finally exposed to a greater audience. I would suggest listening to “My Church” to understand why listening to the country superstar is a blessing you should welcome this Christmas.

If I compare “Call Out My Name” to “Starboy” or “Can’t Feel My Face”, I would come to the conclusion that the Weeknd’s latest release is his least mainstream single since 2015. What got my attention is his break-up with Selena Gomez and how that influenced his new music. What sustained my interest though is the vulnerability and transparency of his heartache – even detailing his willingness to donate body parts for the love of his life.

The downfall of artists who have been in the industry for a long time is succumbing to trends, compromise their styles and going with the flow. I never heard that in Kylie Minogue. Sure, she is not enjoying the same fame she once had. But I can tell from her sound that her identity is intact. The infusion of country influences in “Dancing” is golden and an evolution of her work rather than a mimicry of successful art out there.

After “Despacito” smashed chart records, is the influx of Latin-inspired music surprising? Cardi B is the latest to hijack the trend or at least unleash the Latina within her. I must say the fusion of hip-hop and Latin music works like magic. I don’t understand a single word J Balvin or Bad Bunny utters. At times, even comprehending Cardi B can be a challenge. But the amount of sassiness the track emits is enough to go gaga over the song.

I’ve heard all possible permutations of the musicians that influenced the music of newcomers… at least the pretentious ones. Having “Britney Spears’s “I’m a Slave 4 U” meets Timband or Neptunes” as a reference is a badge of honor that a new artist should be proud of. The sexual exploration of “straight men” that Years & Years speak of is an unspoken subject that finally got its well-deserved airtime in mainstream music.

Every year, there’s a country artist that critics go crazy over. This year, the crown belongs to Kacey Musgraves. To be fair, their guidance hasn’t failed in directing me to music that transcends the genre. Even though I grew up with zero Western movies, the references she makes are still effective. The way she brushes people aside is perfection. I wish I can tell people to giddy-up instead of f*** off.

21 – One Kiss by Calvin Harris and Dua Lipa

In EDM, Calvin Harris is like a chameleon. The sound of his music shifts fast and he is able to create art that suits the singer he partners with and converts it into a form that the general public digests. One thing that enabled him to create so much variety is the fact that he prefers releasing singles outside of albums. There’s nothing groundbreaking about the words of “One Kiss”. But the confidence Dua Lipa exudes is to die for.