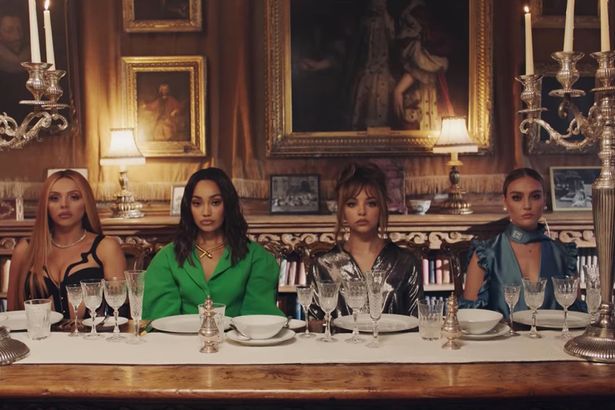 100 – Woman Like Me by Little Mix featuring Nicki Minaj

For the second straight year, Little Mix opens the year-end countdown of One Man Anthem. Unlike the previous lead singles of the band which sounded like pop gems ready to be chewed by the general public, the direction of this track is more experimental. I hear a mix of reggae, hip-hop and pop, which I honestly feel is about to get overused. What is constant is the group’s continuous delivery of powerful tracks for women, album after album. This one is no exception. It’s sad that Nicki and Cardi had a beef on who got approached first.

Anne-Marie touches my soft spot for songs of decades past, especially her reference to a year when my appreciation for music was developing. She is not alone in associating tracks to life events. In fact, most of my memories are blurry. But the DJ setlist during a college party I attended, or the karaoke song I was belting to in a KTV 10 years back, are crystal clear to me. Anne-Marie’s 2002 is far from genius. But it has a charm that makes it worthy of recognition.

If “Believer” had a sibling, it would have to be “Natural”. The song has the energy, attitude and spunk that wakes you up in the morning and gives you ammunition to face another hectic day of shit. I don’t know about you. But having an anthem to go through the rhythm of life works for me. This track is definitely recommended. If I ever go to the gym, I would imagine this will be a good song to work out to.

For fans of Taylor Swift during the Red era, “Babe” is the closest release you can get to the album’s sound in this day and age. A decent singer, an amazing entertainer, and a constant subject of the media, Taylor’s songwriting talent is often underrated. The track from Sugarland is a testament to her skill. The duo’s vocals did justice to the song. I would even argue, they could’ve pulled it off without Miss Swift’s vocals.

Jason Mraz might have lost his popularity but he certainly retained his capacity for wordplay. When I gave his new single a listen, I found the lyrics of “Have It All” cheesy and cringeworthy. But after giving the song a few plays, I’m drawn to the magic, love and positivity of Jason Mraz. For perspective, most of his tracks (“I’m Yours” and “I Won’t Give Up” included) are cheesy and cringeworthy if I refuse to embrace the sweet and romantic side of myself.

Most stans of Ariana Grande were awaiting the release of “Breathin” as a single. They expect the song, which was delegated to album track status then, to rule over the summit of pop radio and video streaming once released. Unfortunately for the song and fortunately for the singer, “thank u, next” was released too close to “Breathin” and the former eventually took the spotlight. However, “Breathin” remains a gem from the singer despite its diminished hype and makes it to the list.

The overflowing rage, angst and testosterone in hip-hop do not seem to have an end in sight. I am on for the ride as the community continues to make great collaborations, topnotch verses and addictive hooks. Much as the world adores Drake, I have to wonder if he’s the issue considering he’s at the center of most beefs. But I have to admire his work ethics as he’s writing and releasing music endlessly.

When Halsey first broke out, I initially wrote her off and thought she would eventually disappear from public consciousness.  Today, she’s topping the charts and the Chainsmokers are history. “Without Me” is a track you don’t fall in love with at first listen. That’s just not the DNA of Halsey’s music. But the song creeps in as it becomes a staple in radio and streaming playlists. In the end, the song becomes something I can’t live without.

Even though “Lights Down Low” has been around for more than three years, the track only gained prominence in the last 12 months. Featured artist gnash uses the same soulful tone his voice has in the depressing “i hate u, i love u”. However, the context behind this song is completely different. MAX now considers this track as a shared piece of art with the general public. But he initially used this composition when he proposed to his girlfriend. Is it surprising he received a yes?

Time flies by fast. Five years have passed since “She Looks so Perfect” and 5 Seconds of Summer is three albums deep. “Want You Back” is the lead single from their third release and proves that the band has the material to sustain their following. It’s a departure from their signature punk-pop sound and proof that they can grow and evolve. While most artists falter after their sophomore effort, 5 Seconds of Summer is busy producing some of their best.