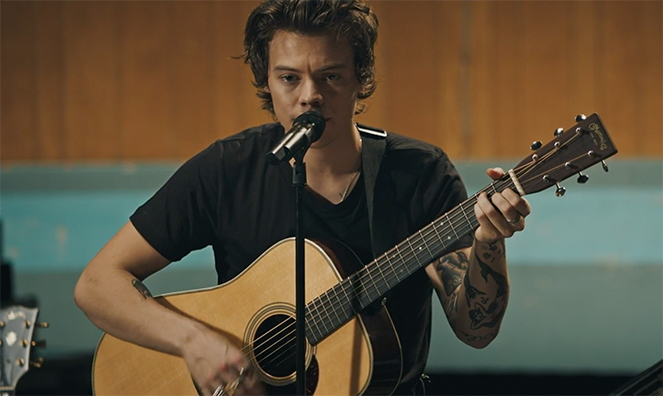 If anyone ever doubted Taylor Swift’s has fully transitioned to pop music, I imagine any reservation would have been eliminated by the 1-2 combo of “Look What You Made Me Do” and “… Ready for It?”. Even I was surprised by the release of this track, as it forced me to re-evaluate the sound I distinctly recognize as Taylor Swift. I rarely say this about her music. But, for this one, I appreciate the production more than the lyrics.

29 – Everything Now by Arcade Fire

I never imagined that the reincarnation of ABBA’s music would come from Arcade Fire. “Everything Now” is the ultimate throwback designed to take you down memory lane and enable you to imagine what must have been playing during your parents’ prom. There is the song’s narrative about the instant gratification we’re all beginning to get accustomed to and demand more of. But it’s ultimately the nostalgia that got me sold on this record.

Who knew Demi Lovato would be a big contributor to the EDM genre this year? You have Jax Jones and her working out to “Instruction”. And here is another, my favorite among the two. I can’t believe I’m going to say this. But, EDM helped neutralize and tone down Demi Lovato’s sound. When does EDM ever do that?! In any case, the real revelation in this track is Trevor Dahl. When he sings “Promise me, no promises” before the drop, my heart just melts.

When any artist asserts he’s the best in the industry, it’s almost certain to raise eyebrows and be met with disdain. Even more so if the attitude spills over to real life and you end up becoming a douche. I guess, that’s what happened with Kanye West. For sticking solely to his craft, Kendrick Lamar is immune for now. Kendrick Lamar is in his zone with “ELEMENT.” Though the chorus is as crass as hell, no one can deny he has a talent for making some slick and sick verses.

I didn’t follow One Direction’s career at the peak of their popularity. But I always imagined that Niall Horan would have the least successful career, if any at all. Now, his solo venture is turning out to be one of the most fruitful. He didn’t take big leaps, like going rock, R&B or sexy. All he did was create a pop tune and rock out to a guitar. Taking the safe route, instead of making manufactured garbage, is always better.

25 – Too Good at Goodbyes by Sam Smith

The pressure for Sam Smith to deliver on his sophomore album was just so immense that it was inevitable he would disappoint. Not that all expectations were met. But he managed to cushion the blow by sticking to what he knows best and not overdoing it. We have a great voice, backed by a great gospel sounding like choir, and the force of a heartbroken but stronger man.

When Camila Cabello split from Fifth Harmony, I always felt it came from a position of entitlement and lack of self-awareness. Yet, here I am writing about one of my top songs of the year and Fifth Harmony is nowhere to be found. Camila Cabello’s “Havana” proves that there is a market for artists who embrace their heritage and make music inspired by it. The single is far from groundbreaking. But it’s certainly catchy and undoubtedly successful.

Generally, I feel that I can do away with romance in my life. But when you hear music from The XX, they take you to a state of fragility that your stone heart regains its original form. Beyonce’s “Halo” sums up well what will happen when you listen to their new album – your walls will tumble down. And a song about taking a leap is the final trigger you need to move from the dark side to the other.

Harry Styles has come a long way. From sounding just like any other heartthrob in One Direction, he is now a young and modern Bryan Adams venturing on his own. ”Two Ghosts” showcases his strengths – simple, yet elegant songwriting, haunting guitar riffs intended to convey deep sorrow, and less polished and manufactured content becoming of a rocker.

The world can hate on “Despacito” all they want. But records are records. Nothing can change the fact that this reigned supreme for 16 weeks in the Billboard Hot 100 and only one other song has managed to match that feat. If your heart has a hard time finding something positive about the song, try hard and you might see what the rest of the world saw. The words clearly have little to do with it. After all, majority who went crazy for this understood close to nothing.