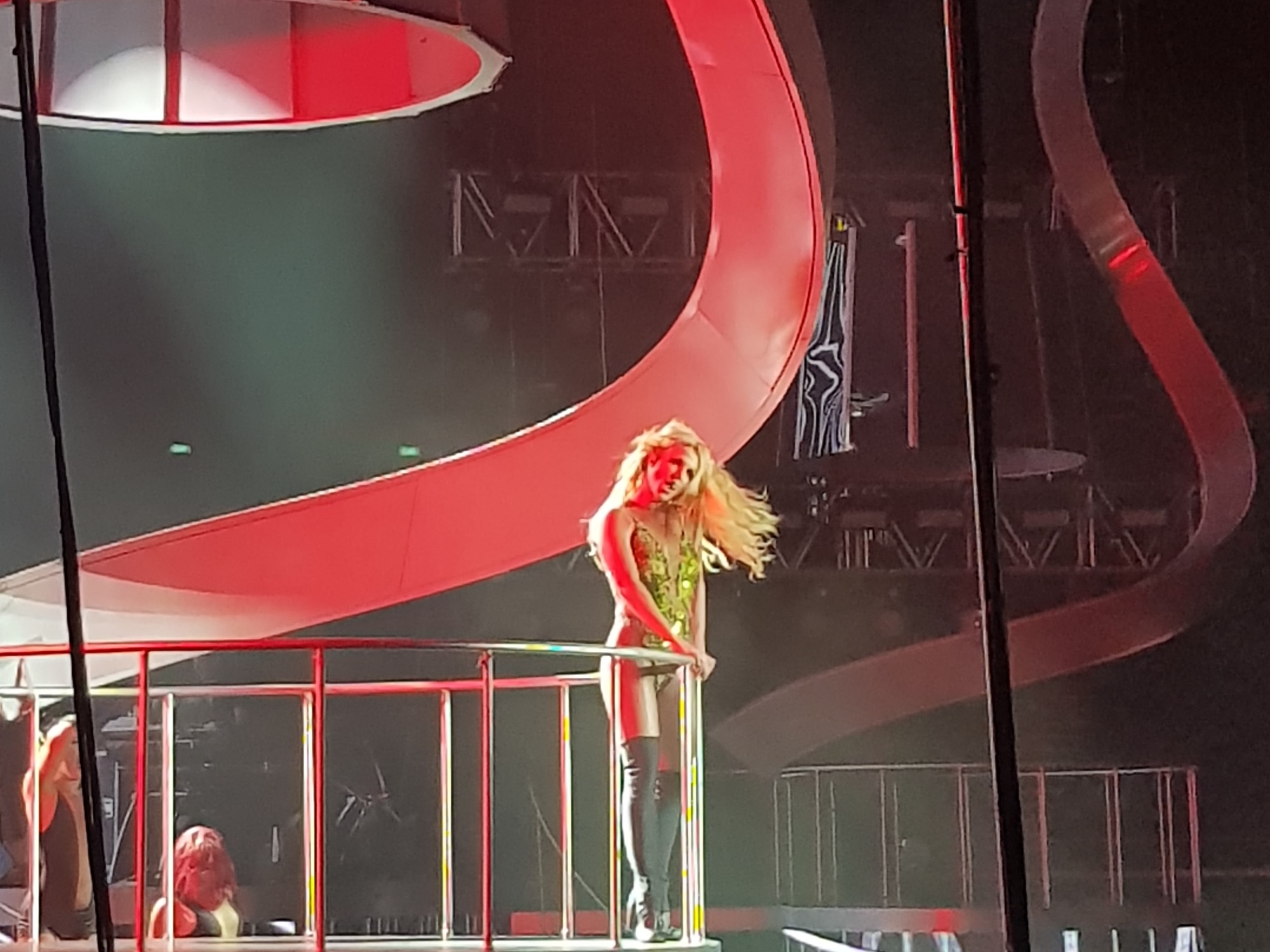 Majority of you do not know – the Asian tour Britney just completed was entitled “Britney: Live in Concert”. At the back of your head, you’re wondering which part she sang live. For the record, she refutes claims of lip synching and even gave a rendition of Happy Birthday to one of her concert dancers in Singapore, effectively silencing her critics on the issue. Or probably not.

No matter, the thousands who came to witness a spectacular show, including myself, did not expect astounding vocals. I even expected her to lip synch. She doesn’t belt out high notes like the ones Christina and Ariana are capable of. But in no way does it affect her ability to strike a personal note with me or anyone else. I came to take a stroll down memory lane, sing along to the classics with her fans, watch her perform the hell out of her catalog and be in awe of the stage production she’s been known for.

And for the entire duration of the concert, she managed just about that, and danced TIRELESSLY. Don’t get me wrong. She will never reach the height of her VMA performance of I’m a Slave 4 U. But it was definitely not the Gimme More opener that she was infamously known for. Her moves do not match that of her back ups nor that of her 25-year-old self. But her back ups didn’t have to dance every single second, while ‘singing’ and having the camera focused all the time!

Interestingly, the videos shown on the screen at the side followed her every step, and never utilized a backdrop or other background visuals to give herself some space and break. That puts her every move under scrutiny and for that I give her props.

Interestingly, she never made time for a ballad. And it wasn’t her stubbornness to revisit her old materials. …Baby One More Time and Oops! I Did It Again made it! Malicious fans and haters concluded it was because she would be dancing and therefore have no excuse but to sing live.  But whatever. I look at it differently.

Over the past few years of her career, she opted to be less personal, refusing to let the world in, the opposite of what happened during the first half of her career. In contrast to others who got more political and shared their most personal trials and sorrows as time passed, like Beyonce or Adele,  Britney went on to make music solely for the dance floor, and that simply.

This turnaround is from an artist whose private life got exposed, not always with her consent. Her claims to virgnity were taken away by Justin’s admission that he took it. She entered a marriage in Vegas with Federline, and practically had the entire world weigh in on it. She had a meltdown and went bald, with the paparazzi taking a shot from every angle and rushing to be the first to publish. And of course, appearing drunk and out of control on the awards stage.

Now, seeing her in the flesh, you don’t see any wall coming down. Her vulnerabilities have been annihilated on stage. The woman is in control, unapologetic, sexual, and confident. She puts a lucky fan on a leash with Freakshow. She keeps If U Seek Amy in the setlist but pushes out I’m Not a Girl, Not Yet a Woman.

When she first released Do Something, I felt it was underwhelming and generic. She was pushing her creative boundaries and reached an artistic milestone with Toxic but I suddenly thought she took a step back. But her live performance made me realize how well the track works in a stadium. Not to mention, the way she used chairs has to be one of the best by any performer! She didn’t only dance on it. She made it into prisons she’s held captive in, pathways she’d walk in like Jesus Christ and basically made chairs cool!

I had no doubts Stronger and Crazy would be crowd pleasers. The former is an anthem of a generation, seemingly intent on conveying resilience and attitude, in the face of heartbreak we experienced the same time she was going through it. The latter is a reminder of how pop music sounded like and what it revolved on – minimal autotune and synthesizing, dealing with unresolved teenage crushes alongside Melissa Joan Hart. As expected, the audience went gaga over it!

She ended with Till the World Ends. While it isn’t her trademark hit, nor do I think it was top of mind for most, it was the most appropriate to a breathtaking spectacle. It had the right hooks for people to get into, a climax that would bring the crowd’s musical energy into use and a release that would be cathartic to Britney fans who waited years for this moment to happen.